I think it goes without saying, this year has been a dumpster fire on so many levels. Everyone has challenges and I’m not going to get into the muck and mire of who had it worse. Let’s chalk this one up to, we survived, let’s not do that again!

So let’s see how we did!

This was the year of renovation. I had some general ideas of things I wanted to accomplish. I had a few pounds to shed, I had some career goals that I was focused on making happen and for the most part, I made some significant progress in this area. While my weight at one point was down 15 pounds, I’ve gained a few back due to stress, lack of sleep and general bad habits. Still in the right direction. My sleep is still very much an issue and something that will be a factor into the habits of next year.

One things that I have not talked about except in the original theme post was an idea on some home renovations. This seemed pretty popular during the lockdowns and people working from home as lumber prices have definitely shot up. Early in the year, my wife had an idea that I really liked to transform our living space. For years we have had a huge blank wall basically in our living room. This had a fireplace and TV on it, but there was 16ft of mostly blank space that wasn’t really used and we had a severe lack of storage. Well…nothing floor to ceiling cabinets and bookshelves couldn’t solve! All custom built in the garage with some help from the family, some tools and skills from friends, a few more friends for install and a lot of people on youtube showing me how to do certain things for the design and execution. It was a lot of work, and there are definitely some things I would have done differently, but overall, really happy with the results. Here are the before and after shots for you to see. 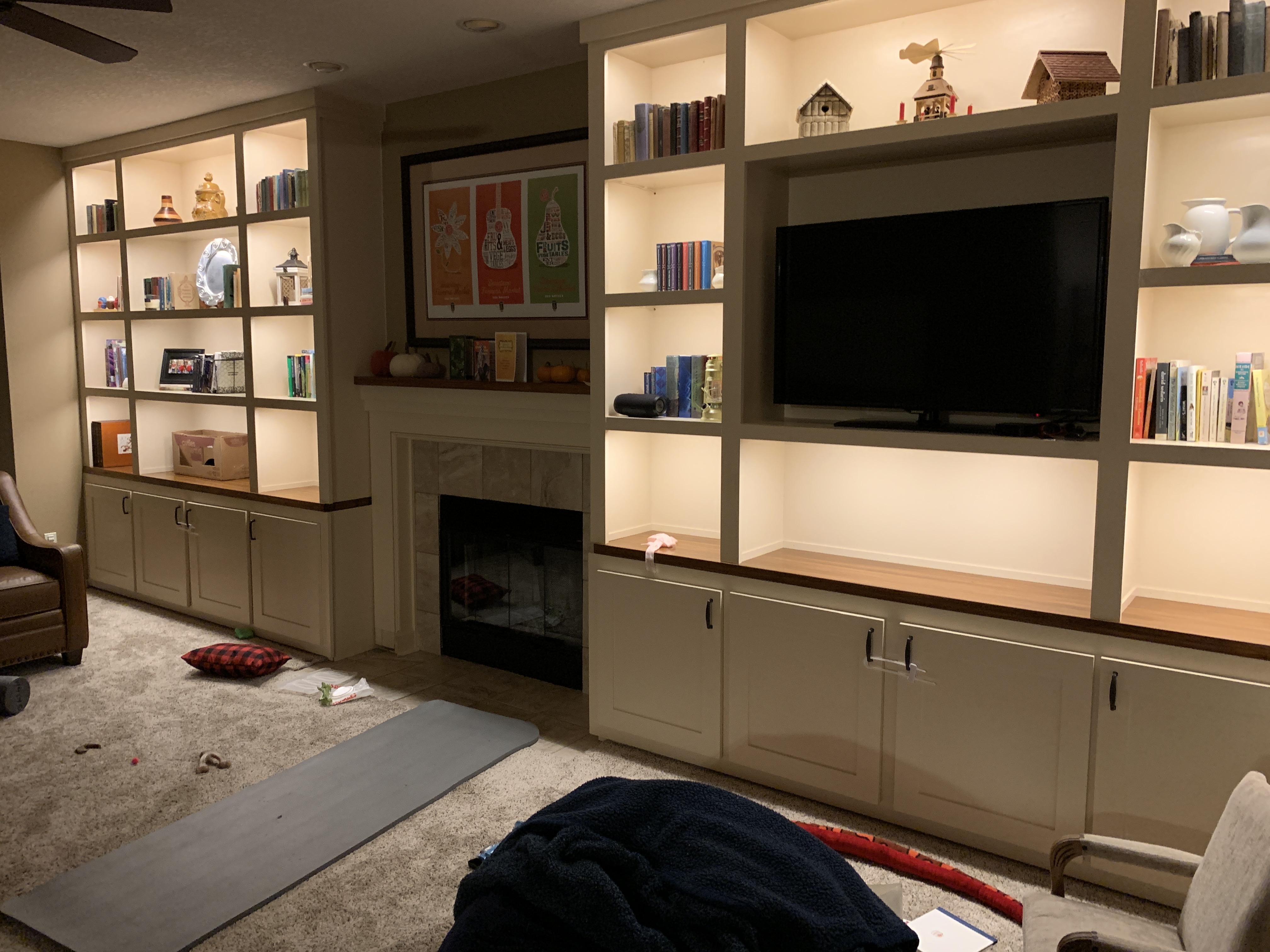 In general, I would say the theme was a success. I made progress in the areas that I wanted and overall happy with where it has taken me. Next year, I plan to use the theme system only for what I want to achieve in 2021.

Well, we still have to talk about the goals since we have them.

Overall, while this pandemic has been really hard on everyone, there have been some good things that have come out of it for me. We’re doing some different things as a family to get through. We’re all healthy and safe and I can hopefully say that same thing next year at this time. Vaccines are getting created and distributed so hopefully we can hang tight and return to something more normal next year.